More information is trickling out about the proposed $1.7 billion San Diego Chargers/Oakland Raiders stadium in Carson, and it adds up to — well, let’s just run it down first, then see what it adds up to:

So what do we have? Clearly the message the teams are trying to send (or at least Fabiani is trying to send — the Raiders seem to be merely along for the ride) is “the 49ers did this in Santa Clara, so we can do it too.” There are some significant differences, though: First off, the Carson stadium is projected to cost an extra $400 million, something that additional G-4 funding won’t come close to making up, assuming the NFL changes its rules and approves it. Second, L.A. is not Silicon Valley, and the Chargers and Raiders aren’t the 49ers, meaning selling $500 million worth of personal seat licenses to fans, as the 49ers did, is less of a sure thing. And third, the NFL hasn’t committed to waiving relocation fees for teams moving to L.A., which could blow as much as another $500 million hole in the budget.

Probably the best way of looking at the Carson stadium plan is the way this commenter suggested: It’s part negotiating ploy, part fallback plan, and both Chargers owner Dean Spanos and Raiders owner Mark Davis are hoping that it will shake loose stadium money in San Diego and Oakland and they’ll never have to decide whether to shoot the dog. (Fabiani also spent a fair bit of media time over the weekend shaming San Diego officials about not being as friendly-like as Carson ones.) Grubman’s statement seems calculated to support this tactic: He’s not going to commit to G-4 funding, but he’s not going to rule it out, either.

The big question, then, is: If one or both teams can’t use the Carson threat to get stadium money out of their current home cities, will they really pull the trigger and move? That, we simply don’t know, and won’t until there’s more details revealed about how the Carson stadium money would work, beyond “We’ll have what Santa Clara is having.”

Come to think of it, though, there’s one equally big question: If the Santa Clara stadium’s private financing can be picked up and relocated to Carson, how come it can’t be done in San Diego or Oakland? Yes, L.A. is a bigger market, but market size doesn’t matter that much in the NFL. And as noted above, it comes with a bigger price tag, in both construction cost and relocation fees, than a stadium in the teams’ current homes would.

Good questions for officials, and journalists, in San Diego and Oakland to be asking, anyway. It’s possible to take threats seriously without taking them at face value, and that’s what everybody should be focusing on now. If only to take their minds off of the horror that is this photo: 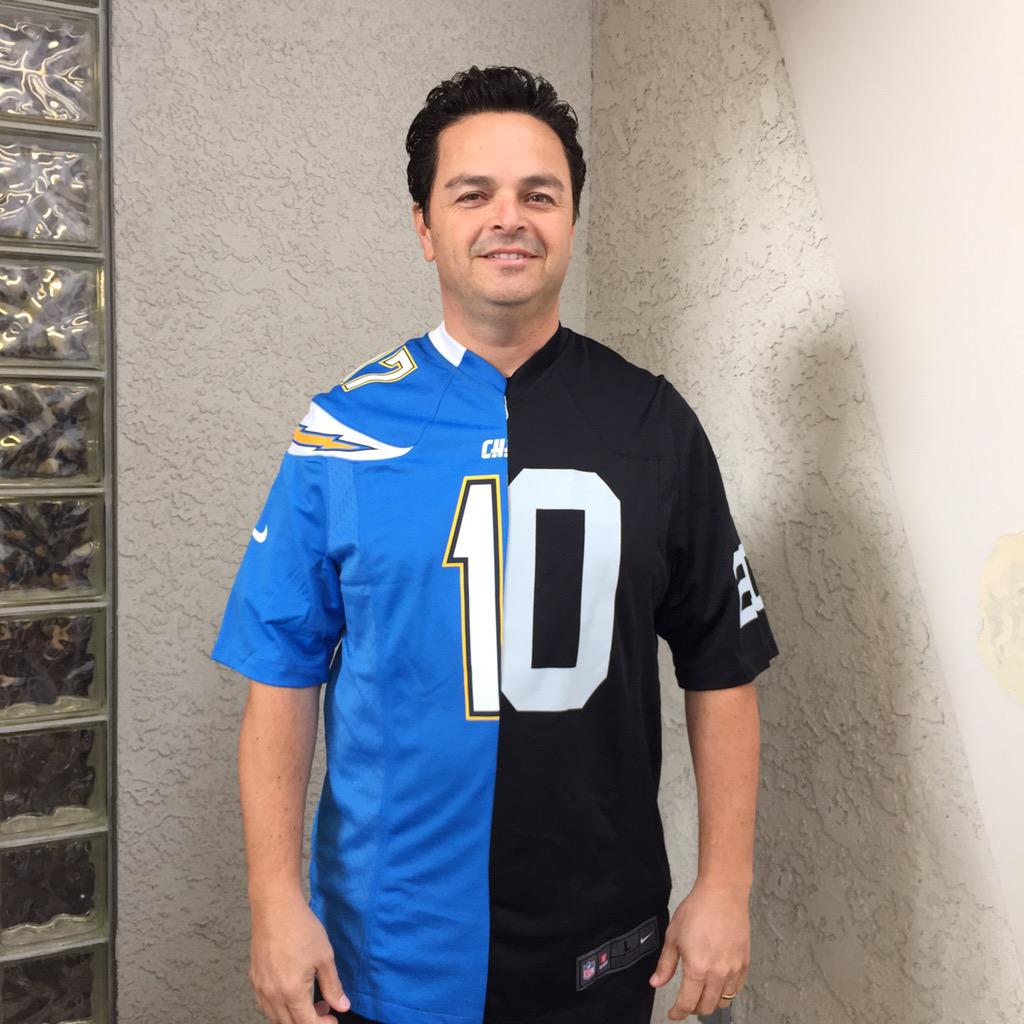 44 comments on “Chargers and Raiders say they can copy 49ers’ private stadium financing, but it’s not quite that simple”