We’ve got new* renderings of the Los Angeles Rams and Chargers stadium! Here’s the outside: 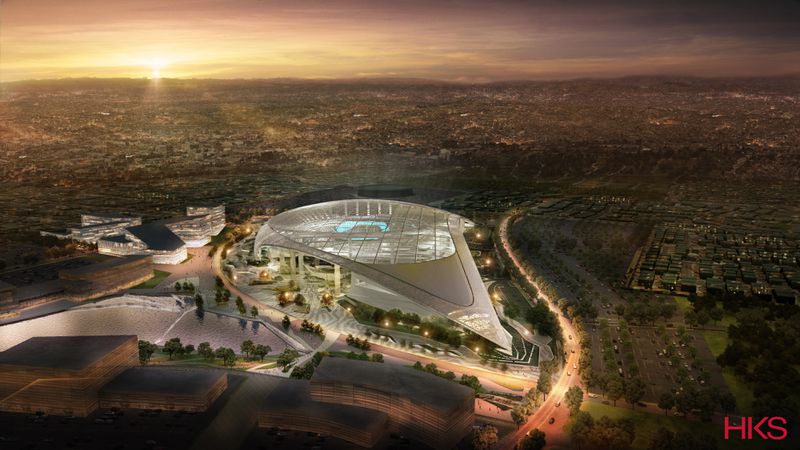 That’s a more attractive update on the giant-tennis-racket look, though some of that is just that the renderers chose to show it at sunset and all glowy and stuff. As for what the place will actually look like for fans instead of passing planes: 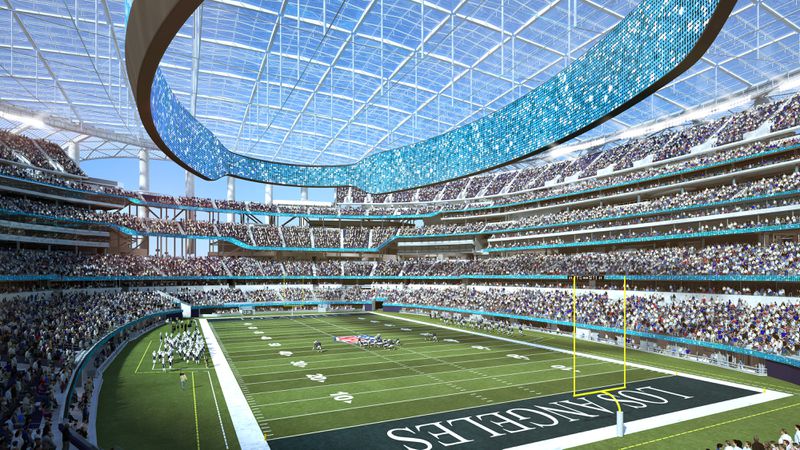 May I be the first to say, “Yikes!” The hanging video halo board is impressive, to be sure (though it’s going to be limited to very long, narrow replays), but that upper deck is just insanely high, separated from the field by three other decks of seating plus four, if I’m counting right, layers of luxury suites and club seats. The rendering makes it look like the decks are stacked fairly vertically to keep the top decks closer to the field, but it also makes it look like the rake — the steepness of the deck — isn’t too extreme, and having both of those be the case is a geometric impossibility if fans are actually going to see the field, so we’ll see how much of this is wishful thinking.

Overall, this looks like somebody took the MetLife Stadium model (which is essentially awful) and gussied it up with more curves and transparent roofs and other things to make it look more like you’re in a Star Trek movie and less like you’re in a palace of mass sports consumption. Which might be all it takes to lure in L.A. fans, who knows — we’ll have to wait and see. It seems like a risky way to spend $2.6 billion, but it’s not my money or yours, so whatever.

One more rendering before we go: 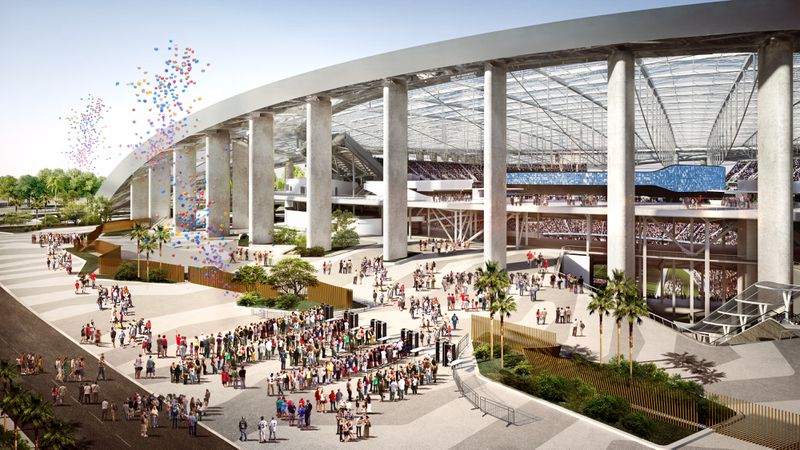 Do people really line up in incredibly orderly lines in Southern California to pass through the … virtual turnstiles? Metal detectors? What are those things, exactly? It seems an awfully sedate throng to be attending a football game, anyway, though maybe they’re hypnotized into a stupor by the permanent flock of balloons.

*UPDATE: This just in:

These renderings are not new, they’re from November 2016: https://t.co/Ts0YiMPcax

I have no idea why these are being reported as new renderings, then, unless everybody saw the LA Curbed article talking about construction progress and showing renderings and just assumed they were all new. Sorry for passing along bad information, but the nosebleediness of that top deck remains remarkable.